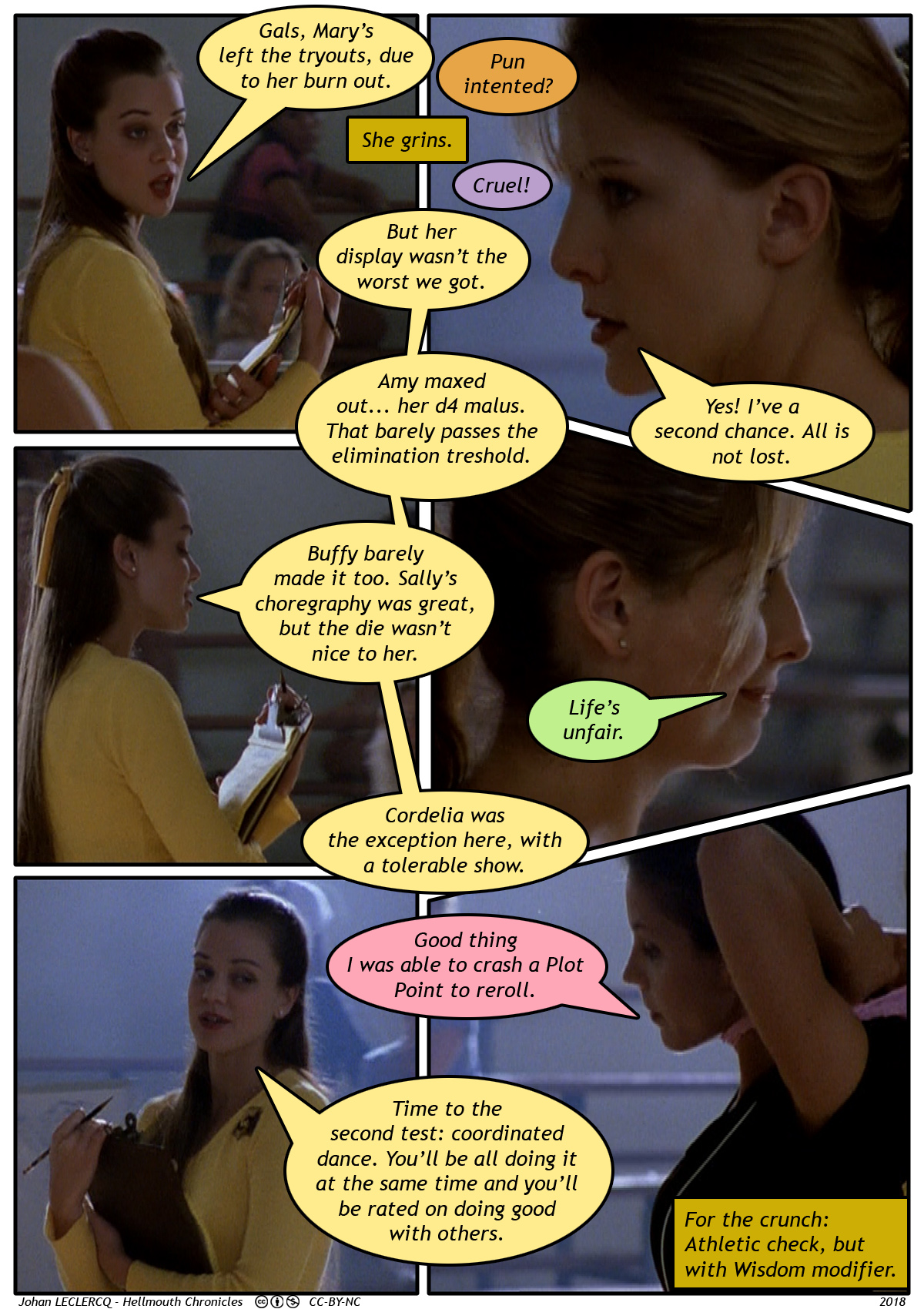 The comic sped up a bit the contest (mainly for the lack of footage of this part in the actual TV show), but the results summed up by the cheerleaders'chief was a teasing way to deal with it.

As a DM, you rarely have the occasion to propose an unusual skill check, mixing abilities, but some come more commonly: Athletic (Dex), Intimidate (Str) or Diplomacy (Int).
But Athletic (Wis) was a first instance for me.

Edition:
First, I apologise for the readers that came here yesterday. I glitched the massive upload of the end of the month and it released the page #0116 last night, way too early. I've deleted it so noone will be bothered by it from now on, but I'm sorry for those who read it and were confused by its content and lack of continuity with the previous page #0098.

On another note, I've posted an entry on the blog with the legend of the speech bubbles' colors.

It... it seems a bit... strange, at least, that Mary was just carried off and tests simply went on. Buffy and Cordelia are busy now... but... what about Xander and Willow?