Hellmouth Chronicles #127 - What she really wants 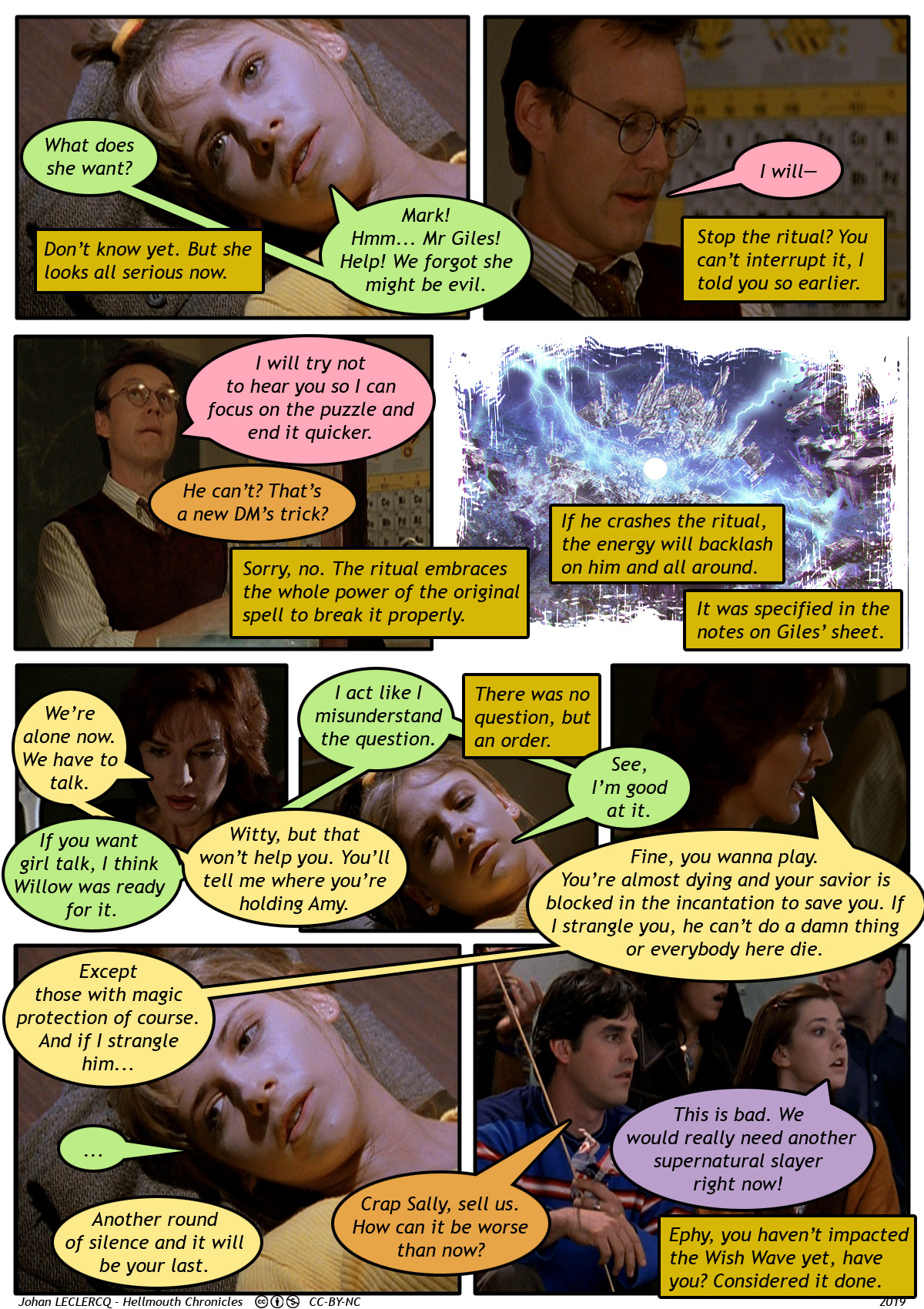 Nick's explanation about the ritual interruption was shortened in comic due to lack of space. Here's the analogy coming with it:
"The ritual embraces the whole power of the original spell to break it properly, without leaving raw magic power in the wild. It's like building demolition, when they put explosives in very specific places so the tower collapses on itself and not onto other buildings.
If he crashes the ritual, it's like he detonates the bombs after having equip only the west pillars. The energy will backlash on hmi and all around. It was specified in notes on Giles' sheet."


If someone is curious enough to search Mark's puzzle, here it is (keep in mind we're in the Buffyverse):

(For this puzzle, please consider the y only as a consonant)

(Don't say, I don't want to ruin it for anyone who's reading later. And maybe the answer is in a future strip anyway...)