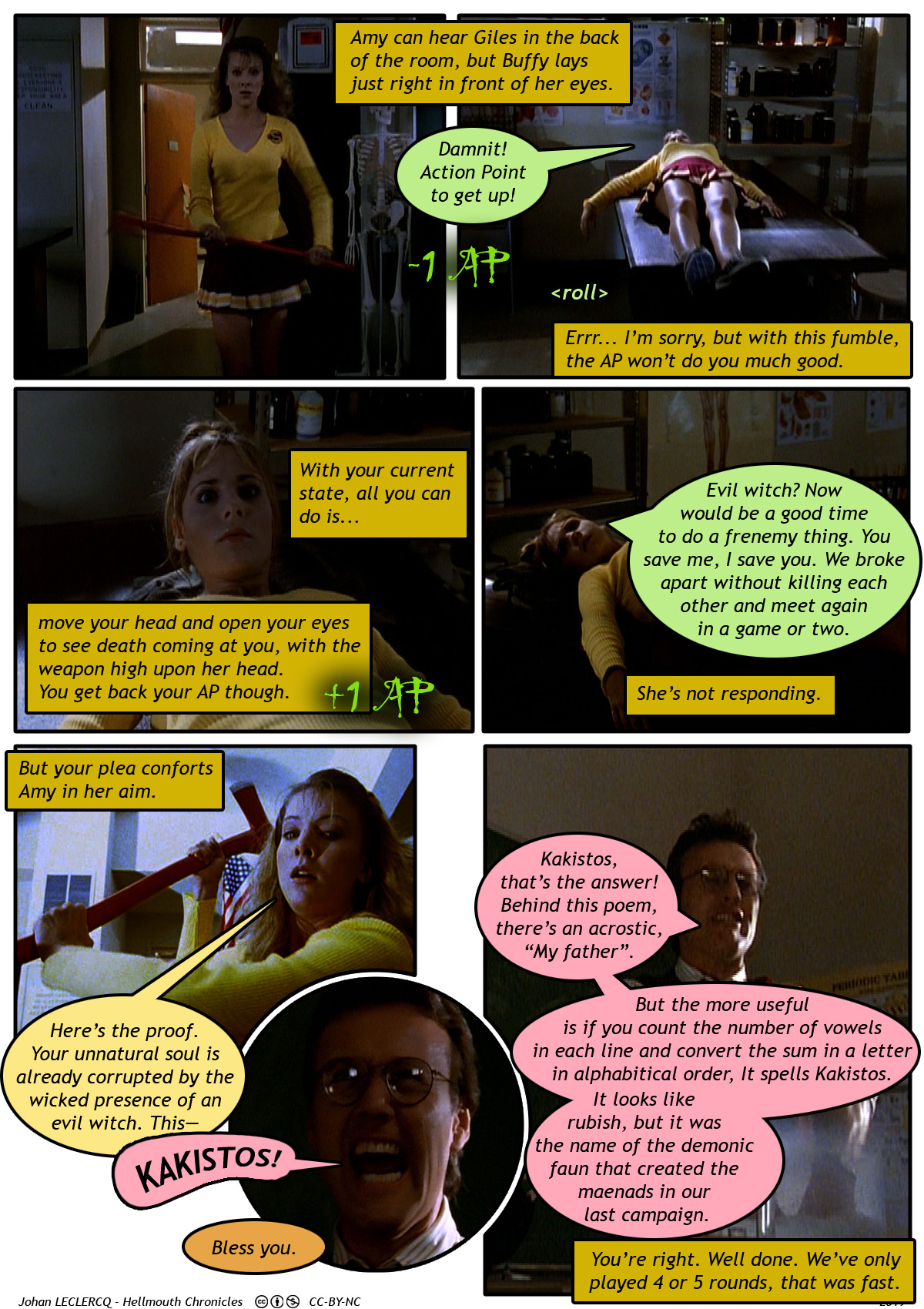 Mark is saving the day!

For reminder, the riddle was this one :
<<If someone is curious enough to search Mark's puzzle, here it is (keep in mind we're in the Buffyverse):

(For this puzzle, please consider the y only as a consonant) >>

Mark explained quite well the way to get this answer, through the number of vowels, and how it matches the riddle of the acrostic.

Sure, some may retort that Mark has informations on the previous game that readers of the comic can't have. It's true, but thoses informations are made to match the lore of the Buffyverse that you may know more or less.
In Buffy the Vampire Slayer, Kakistos is the "monster of the week" of one of the first episodes of season 3, but his background is quite extended.

So, I guess Nick might use some lore of the previous campaign in a later season...


About that, Nick didn't have planned to put this riddle there, but the situation was good for it so he get out a riddle he wrote for his campaign diary at that time.

Okay, so I got HALF the puzzle right. :D That's still good enough for me to be happy...