Hellmouth Chronicles #145 - Dust in the wink 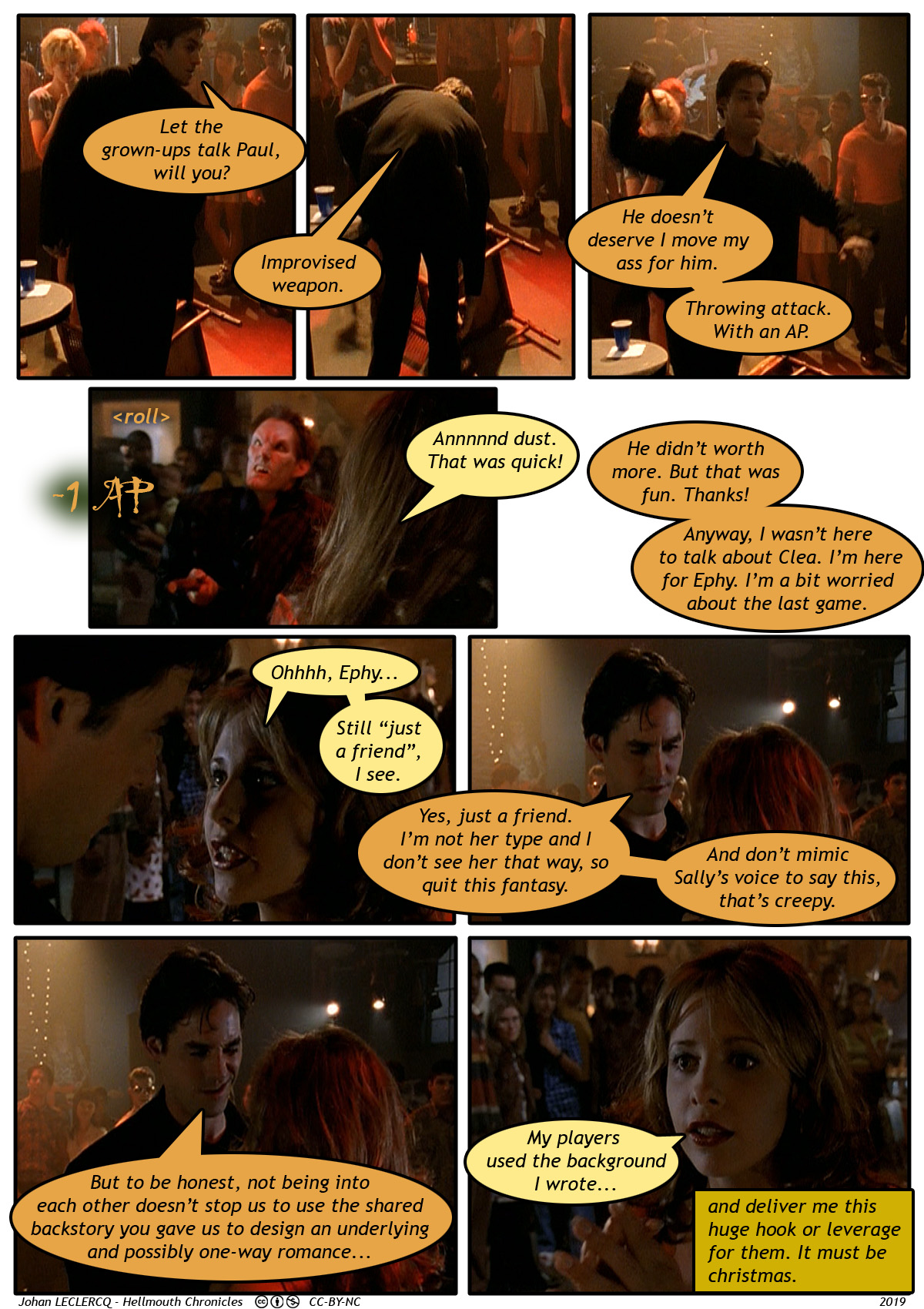 Nick was still on board with his shipping since the first page.

Anyway, his last bubble, in DM square fashion, isn't said aloud of course. That's just the first thought in his mind.
And I don't blame him. As a DM, it's always a great moment to receive a gold fact on the background of a PC that would fit well your scenario to bring more intense moments.

Like, when a player explain that the drawback of the astral projection power of his witch is that she's still and void and that sometimes, the body is possessed by a revenant; you can't just ignore that and put it in an exposition scene only. It screams "Let's do at one point a session with the astral projection trapped outside her body and the revenant doing nasty stuff with it. I just have to bait her with interesting enough things to push her using her power a long time."
True story.